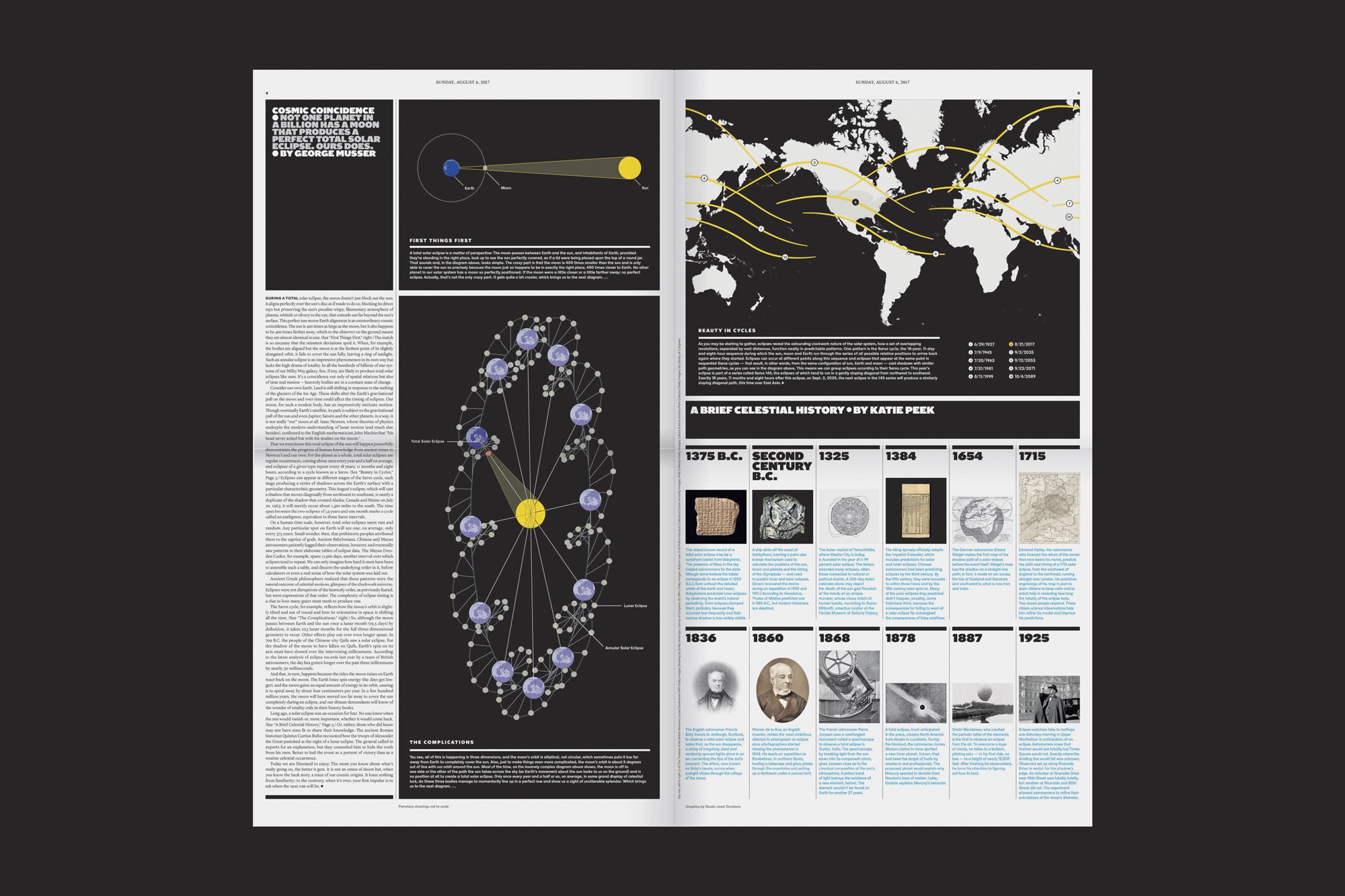 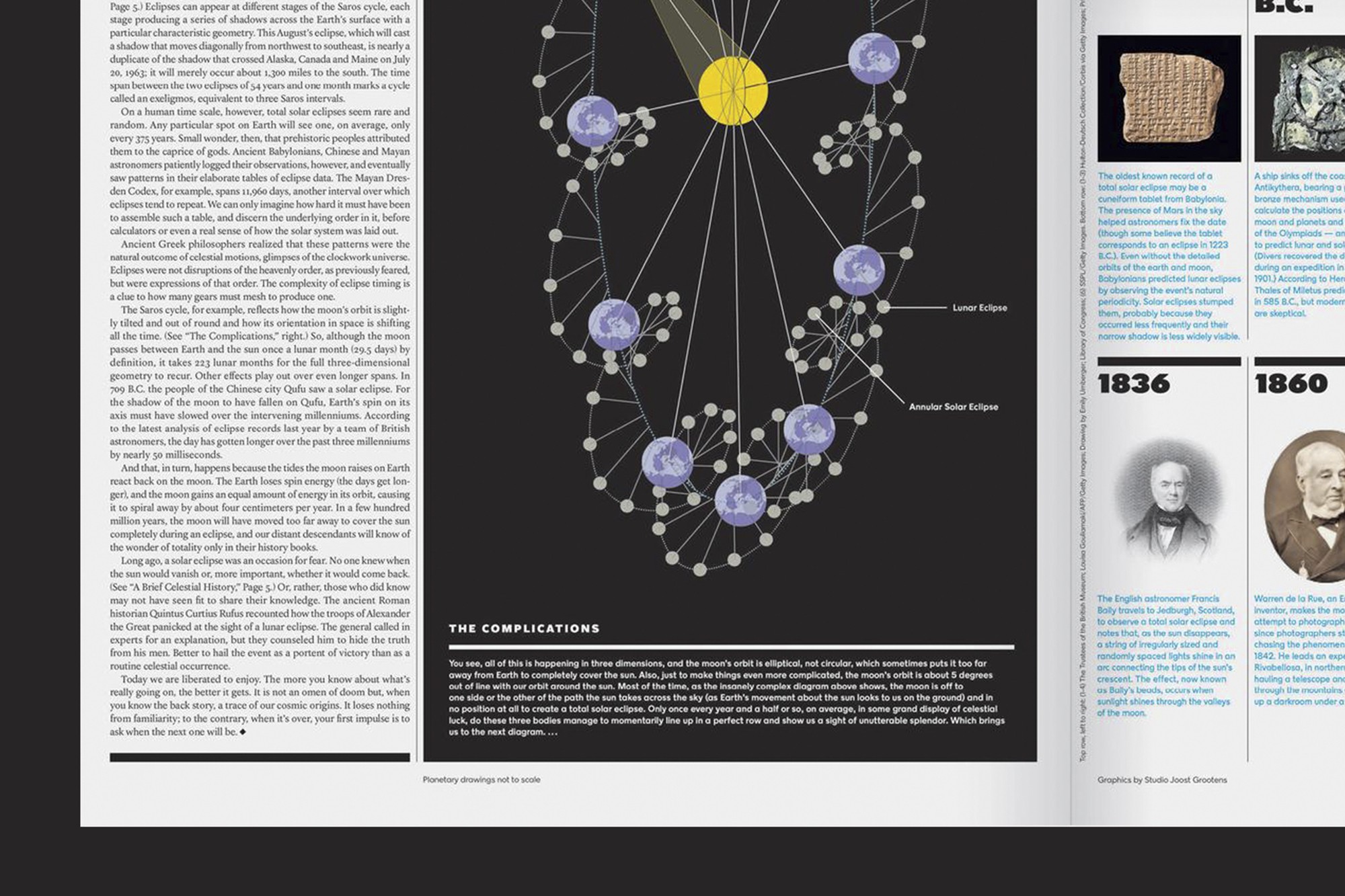 The ‘Great American Eclipse’ as it has been called, was one of the most attended event of the year in the United States as the path occurred over just one country. The task was to represent how rare this event is: the moon aligns perfectly over the sun's disc blocking its direct rays and it only happens every 18 years, 11 days and 8 hours, and the eclipse is visible everytime from a different spot of the planet (in 1999 it was visible in middle Europe). This solar eclipse is represented in the Saros Cycles at page 5 where we can see that the forthcoming eclipse of 2035 is going to cross North Korea and Japan to end up in the ocean.